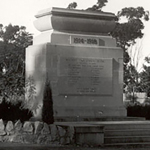 The War Memorial pages have information about war memorials at Beecroft, Brooklyn, Berowra, Dural, Epping, Galston, Hornsby and Wahroonga . The pages also contain a list of the local people who gave their lives during the war and are commemorated on the monuments, as well as some information about them gathered from war records.

Robert Buie was an oyster farmer, soldier and Brooklyn resident, who could be described as an ordinary man with an extraordinary tale about the Red Baron. 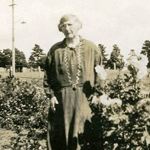 The Pettet Family: A local family before, during and after the Great War

The Pettet Family of Thornleigh were a typical local family who lived through both the good and hard times of the 1900s including the Great War (1914-1918). Of their thirteen children only seven lived past their thirties. Sadly two sons were killed during World War I and one young son was murdered in Pennant Hills. Despite such sadness the family continued to carry on their lives as best as they could. Today there are descendants of Thomas and Mary Ann Pettet still living in the Hornsby Shire.

Learn more about the Pettet Family 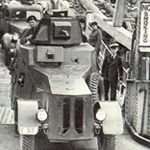 Learn more about the Hornsby Shire in World War Two