Walter Hazlewood (right) with members of his family, Dorothy, George and Louise at their property circa 1900.

Decades before Al Gore the alarm bells of global warming were being sounded by local horticulturist Walter Hazelwood.

Hornsby Shire has a proud history of environmental action, such as the establishment in 1894 of Ku-ring-gai Chase, one of Australia’s oldest national parks. Early conservationist pioneers include Marie Byles of Cheltenham and John Tipper, who founded Muogamarra Nature Reserve in the 1930s, but the undoubted standout is Walter Hazlewood of Epping.

Walter Hazlewood (1885-1980) is best known locally for founding the Hazlewood Brothers Nursery with his brother Harry. Their first nursery began in 1908 in a corner of their parents’ orchard on Carlingford Road, Epping. In time the nursery expanded to take over the whole orchard and spread to land beyond. In the 1920s their younger brother, Rex Hazlewood, joined the team. A professional photographer, Rex is well-known for his pictures which document the early days of the district.

In 1952 Walter cofounded the Australian Camellia Research Society which later inaugurated the Walter Hazlewood Award in his honour. In the 1960s he decided to share his gardening expertise with the wider public, publishing A Handbook of Trees, Shrubs and Roses among other works. 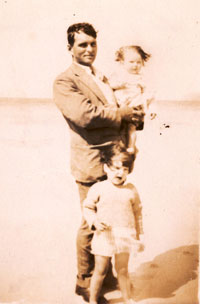 Walter also authored a History of Epping. Published in 1966 and illustrated by Rex’s stunning photographs, this book was the first of its kind for the area. One of its chapters was entitled “Our Vanishing Bushland”. Walter began by noting that Epping’s name derived from its similarity to Epping Forest in England, but pointed out that “more and more trees are being destroyed to make room for houses and the name does not have the same significance”. He acknowledged Hornsby Shire Council’s recent introduction of tree preservation orders and open space requirements in new subdivisions, but argued this was not enough.

Drawing on his background as a horticultural expert Walter pointed out, “Trees are essential to turn the carbon dioxide from the exhaust fumes of motor vehicles, as well as the breath of animals, back to oxygen.” He then quoted an article by eminent American scientist, Dr Chauncey D Leake, which explained the connection between the carbon dioxide produced from transport, including the new jet planes, and changes to global climate. He quoted Dr Leake’s warning that this could lead to a disturbance to world weather, an increase in temperature and even the melting of the global icecaps.

Walter concluded: “This article was written by an American but how true is it about Australia today. Too often when land is being subdivided or built on, a bulldozer is used to clear every tree off the area.”

His message was to plant trees and preserve the ones that remain. Half a century later, we can only be disappointed that more people didn’t listen.

Walter Hazlewood died in 1980 aged 95. He continued to pursue his interests in history and horticulture until the last, though the nursery business was sold in 1976. He had lived long enough to see the beginnings of the environmental movement but not the solution to the problems that concerned him deeply.

He and his family are commemorated in the naming of Hazlewood Place in their home town of Epping. But perhaps we should acknowledge that Walter’s significance was more than purely local. He was truly a global visionary. 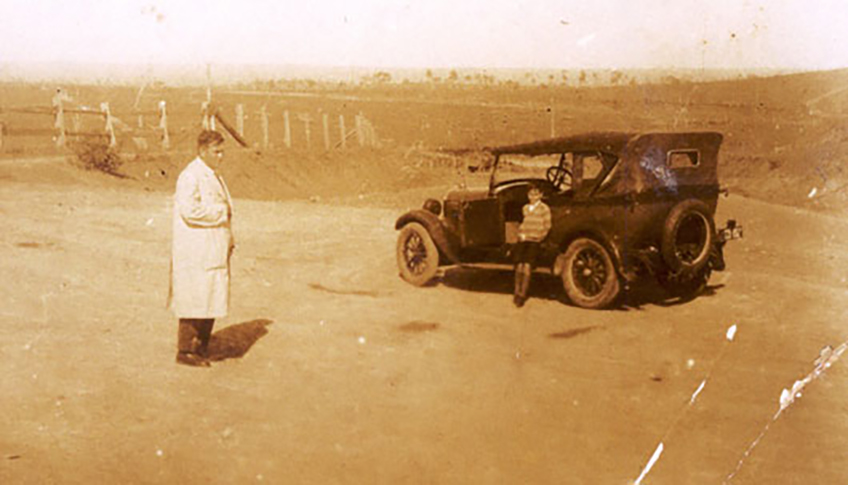