Orara Park is a new expanded local community park in Waitara. It is located on the vacant land between Romsey Street and Waitara Avenue extending across Orara Street. A portion of this land (west of Orara Street) was developed as a park in 2009 and contains some play equipment. The new work will complete the remaining part of the park and upgrade the existing parkland.

Orara Park is part of the development of the Waitara Park Precinct.

Following community feedback received during the exhibition of the Review of Environmental Factors (REF) the following changes were made to the park design:

Orara Park is was completed in March 2019 and opened to the Public on Saturday 13 April. 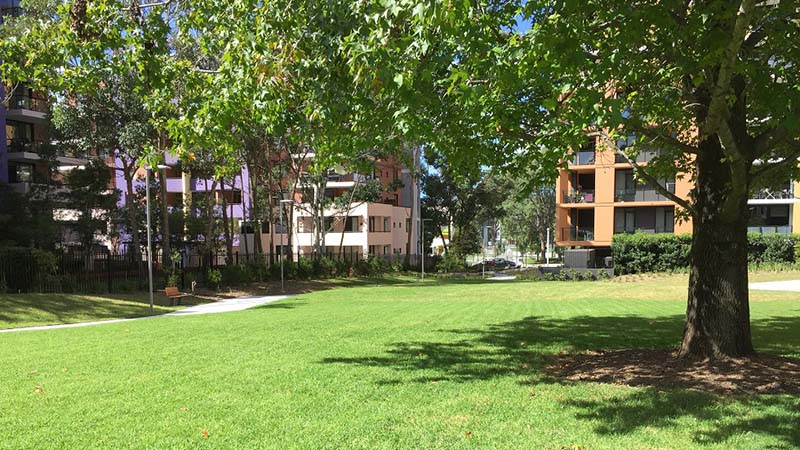 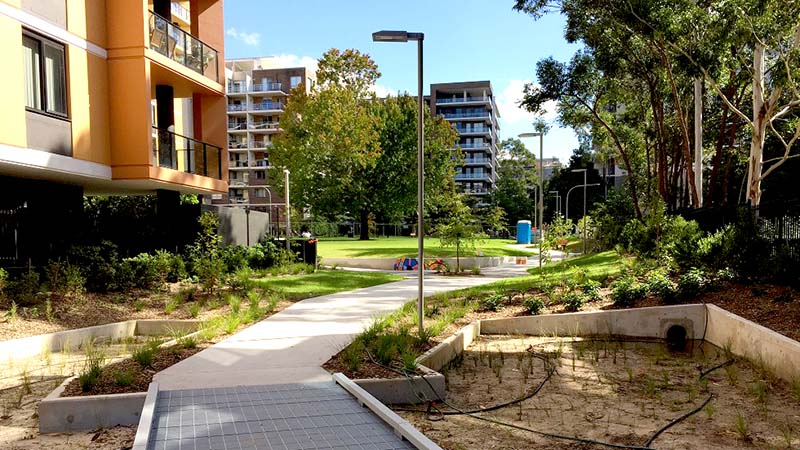 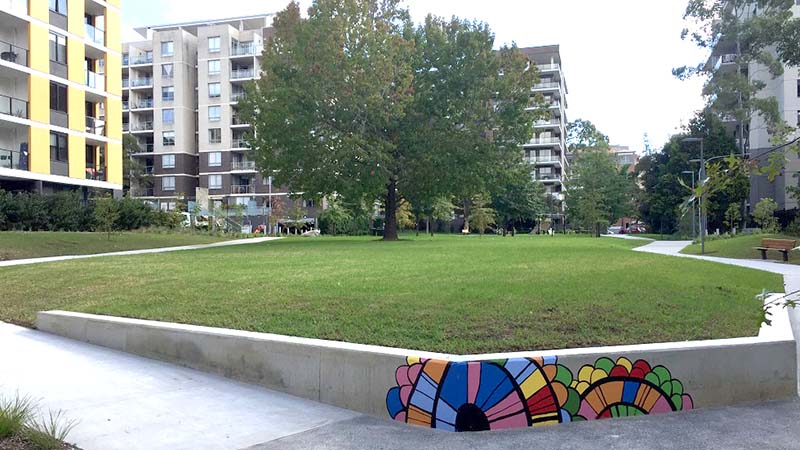 Stage 1, comprising the western half of Orara Park in Waitara, was opened to the public in the October 2018 school holidays.

Stage 2, being the remainder of the park, is nearing completion with construction of water quality basin, storage tank and large Gross Pollutant Trap (GPT) completed at the end of December 2018. The GPT will remove large pieces of garbage from the stormwater system. The water quality basin will provide a vegetated area that further filters stormwater to remove nutrients prior to entering the local Hornsby Creek and cleans water of contaminants so it is fit for reuse. The storage tank will enable 100,000 litres of the cleaned stormwater to be used to irrigate Mark Taylor Oval. This completes the infrastructure works that are below the ground within the park.

The remainder of the new pedestrian paths and low retaining walls within the park along with turfing and final plantings with trees and shrubs will now be completed. There will also be further construction work in Waitara Ave to provide on a new pedestrian crossing point, by rebuilding kerb lines and constructing traffic blisters.

The above works are expected to be completed in March 2019 depending on weather.

The western half of Orara Park in Waitara has now been open for over one month and is being heavily used and enjoyed by the local community. 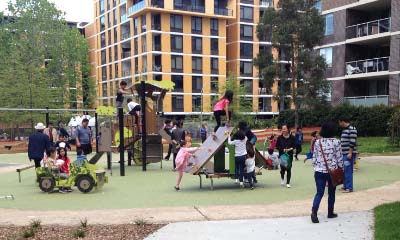 The lighting to the pedestrian path is also operating and proving a safe and convenient access for people in Orara Street to walk to Hornsby Mall and town centre. 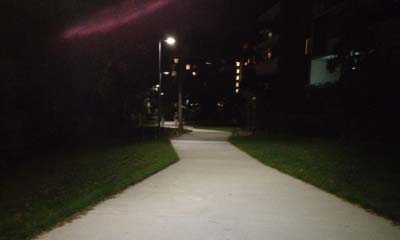 The large amount of rain that fell throughout October has delayed progress for the remainder of the park and it now likely to open early in the new year.

The final stormwater pipes are now being laid following the install of the large Gross Pollutant Trap (GPT). The GPT will remove large pieces of garbage from the stormwater system.  Other works occurring on site include lining of the water quality basins and install of the water storage tank. The water quality basin will provide a vegetated area that further filters stormwater to remove nutrients prior to entering the local Hornsby Creek and cleans water of contaminants so it is fit for reuse. The storage tank enables 100,000 litres of the cleaned stormwater to be used as irrigation on Mark Taylor oval.

Final works to complete the new the park will involve construction of further pedestrian paths, low retaining walls and regrading of the central area for grass and planter garden areas around the perimeter of the park. 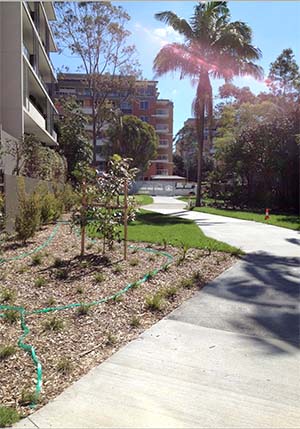 The western half of Orara Park in Waitara will be opening to the community during the October school holidays (available from Saturday 6 October). The new play equipment and rubber soft-fall has been placed in the playground and new concrete paths are finished, providing a pedestrian link between Orara Street and Romsey Street. Final turfing and furniture install including pedestrian lights will be completed prior to the park being open to the public. There is a large amount of new planting in the park including 13 native shade trees.

In the remainder of the park the walls for the the new water quality treatment basin have been completed and stormwater drainage pipes are currently being laid. Over the next month the basin liner and storage tank will be installed and earthworks for the open space grass area completed.

Work continues to progress on the new Orara Park in Waitara.

The majority of the excavation works have been completed and the walls for the water quality basin have been poured, with work commencing soon on the underground water storage tank to store stormwater runoff for use in irrigation at Waitara Oval.

In the western half of the site placement of underground conduits for water and electricity has also been completed, new concrete paths have been laid and planting of the new garden beds has commenced. The play equipment has also recently been installed. It is expected that this part of the site will be available for the public in late September.

The project includes the planting of 35 new trees.

Works on the park are expected to be completed by early 2019 depending on weather.