The Catchments Remediation Rate (CRR) is a special rate paid by Hornsby Shire residents to fund projects that repair and protect local waterways.

Why is the rate needed?

The 1970s and 1980s saw the increasing urbanisation of Hornsby’s sensitive bushland catchments and an influx of tens of thousands of new residents. Sediment runoff from developing and newly developed residential areas and nutrient pollution from sewage treatment plants contributed to the deteriorating quality of local creeks and estuaries.

Source: A New Legend - The Story of the Berowra Creek Community Contract

By the 1990s it was clear that Hornsby Shire’s waterways were under severe stress. Berowra Creek was being despoiled by instances of fish kills and algal blooms. Urgent action was needed.

A New Legend - The Story of the Berowra Creek Community Contract - 10.5MB

How did the rate come about?

To force the State Government to see how desperate the situation was Hornsby Shire Council placed a moratorium on the processing of any development application located within the West Hornsby Sewage Treatment Plant’s catchment area until action was taken.

The strategy worked and in April 1994 a Statement of Joint Intent (SoJI) was signed between Hornsby Shire Council, NSW Government, Environment Protection Authority, (Sydney) Water Board and the Hawkesbury-Nepean Catchment Management Trust. The principle intent behind this “community contract” was the ecologically sustainable development of Berowra Creek catchment and recovery of the environmental health of the Creek.

The SoJI not only acknowledged the significant impacts of polluted urban stormwater run-off but instigated the upgrading of the West Hornsby and Hornsby Heights Sewage Treatment Plants (reducing nutrients through increased levels of wastewater treatment) and the creation of the CRR.

The following video gives a full account of the dramatic events that led to the creation of the CRR:

What projects does the CRR fund?

Since 1994 the CRR has funded the construction of more than 400 Stormwater Quality Improvement Devices (SQuIDs) across Hornsby Shire. These SQuIDs help improve the quality of stormwater by removing pollutants such as litter, sediment, nutrients and heavy metals. Projects include the following devices and works: 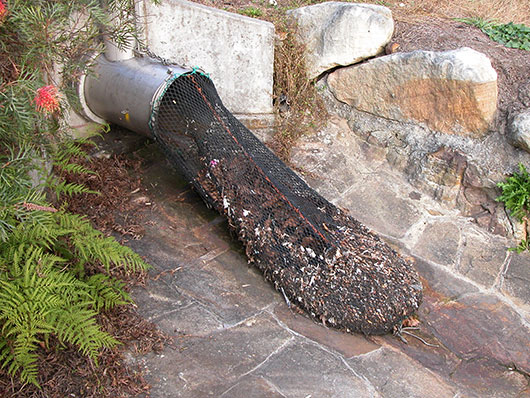 Gross pollutant traps are screens  that capture gross pollution such as litter, floatables and organic debris from stormwater runoff.

Stormwater is harvested from surface drains, creeks and treated and reuse for irrigation. The process differs from rainwater harvesting whereby the water is collected from the roofs.

What else does the CRR fund?