Trapping and tracking to tackle tabbies 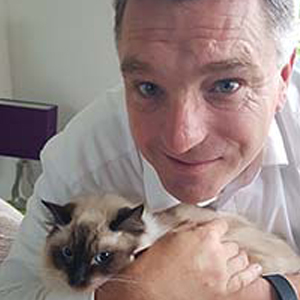 Hornsby Shire Council will expand its feral cat trapping efforts and join the Cat Tracker Australia program, in an attempt to reduce the impact of cats on our local native wildlife.

Hornsby Shire Council will expand its feral cat trapping efforts and join the Cat Tracker Australia program, in an attempt to reduce the impact of cats on our local native wildlife.

Only feral cats will be targeted by the traps, which have been carefully designed to cause no harm to the animals.

“If a domestic cat is captured by one of the traps it will be immediately returned to its owner,” Hornsby Shire Mayor Philip Ruddock said.

“It is important that domestic cats are microchipped and registered so we take them back to their home.”

When feral cats are captured they will be humanely euthanased by a veterinarian.

Council unanimously voted for the measures at this week’s meeting.

“Cats inflict a very heavy toll on our wildlife and it’s estimated they kill as many as 377 million birds in Australia each year,” Mayor Ruddock said.

“We live in the Bushland Shire and it’s imperative that we play our part in addressing this unfortunate situation.”

The other feline-focussed initiative from the meeting was for Hornsby Shire Council to join the Cat Tracker Australia program.

This allows cat owners to place a GPS tracker on their cat to find out exactly how far they roam.

“It is a valuable educational exercise for cat owners, one that is already undertaken by a number of councils in our region,” Mayor Ruddock said.

“The ultimate goal is to raise awareness of the harm their cat might be doing and encourage behaviour change among pet owners.”

Both proposals were suggested by Councillor Nathan Tilbury, whose cat Luna permanently stays inside his house.

“I’m clearly not a cat hater – I love my cat – but I am also aware of the damage cats can do to our fragile native ecosystem,” Cr Tilbury said.

“These are two small but important steps towards reducing the extent of that damage.”

In six months there will be a report to Council on the effectiveness of the increased trapping and the Cat Tracker program.