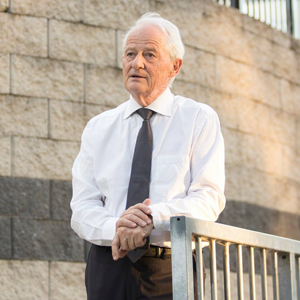 Hornsby Shire Mayor Philip Ruddock has responded with incredulous anger to City of Parramatta’s attempt to take even more land off its shrinking neighbour.

Hornsby Shire Mayor Philip Ruddock has responded with incredulous anger to City of Parramatta’s attempt to take even more land off its shrinking neighbour.

Parramatta has already taken all of Hornsby’s territory south of the M2 Motorway and they are now demanding to receive North Epping as well, along with part of Winston Hills.

“I was absolutely flabbergasted when I learned of their greedy empire building,” Mayor Ruddock said.

“They have already deprived our residents of $10 million a year in income and now they are trying to snatch another $2.8 million from our bottom line.

“I’d say it’s outrageous, but that doesn’t even begin to describe what is happening.

“I literally didn’t believe it when I was first told. Who do they think they are?”

Parramatta was given the territory south of the M2 in 2016, against Hornsby’s objections, as part of the local government reforms that were meant to see Hornsby amalgamate with Ku-ring-gai Council.

“When that amalgamation did not proceed Hornsby was left much smaller and weaker, instead of larger and stronger as we had been promised,” Mayor Ruddock said.

“Since then we have been trying to regain our lost territory, along with the communities that have been part of Hornsby Shire since its creation more than a century ago.

“For Parramatta to try to take more, before that question has even been resolved, goes beyond insulting – it’s simply obnoxious.

“Is this to be the future of our Bushland Shire? Every few years Parramatta comes back to take another bite until we have been fully consumed?

“The people of North Epping have made their feelings clear, at public meetings I’ve attended and through a constant stream of correspondence with myself and other councillors.

“They do not want to be a distant province in the ridiculous empire that Parramatta is building, one land grab at a time.”