Council adopts Statement from the Heart 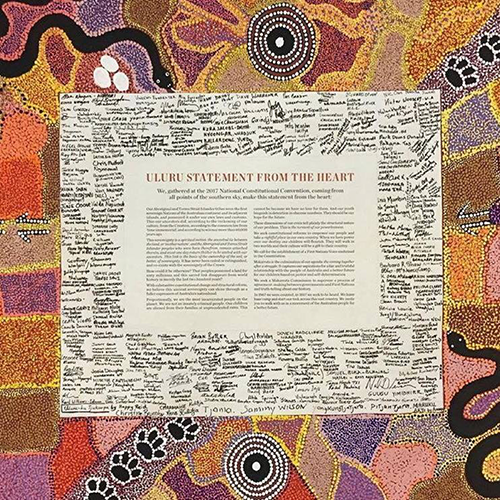 At last night’s meeting Hornsby Shire Council took a significant step towards solidarity with the local Aboriginal community by acknowledging the Statement from the Heart.

The Statement resulted from the First Nations National Constitutional Convention at Uluru in 2017, attended by more than 250 Aboriginal and Torres Strait Islander leaders.

It calls for the establishment of a First Nations Voice in the Australian Constitution and a process of truth-telling between various stakeholders, including local government.

“This is another major advance on the long path towards true reconciliation with our nation’s first people,” said Hornsby Shire Mayor Philip Ruddock, who proposed the resolution as a mayoral minute.

“There are many remaining challenges and all levels of government, along with other institutions and the broader community, must work together to help us achieve a truly equitable society.”

The resolution was created in cooperation with the Hornsby Aboriginal and Torres Strait Islander Consultative Committee (HATSIC).

It was enthusiastically supported by the many speakers who addressed the meeting and unanimously adopted by all councillors.

“Indigenous people must have the right and opportunity to lead the process of constitutional change that will recognise their voice and place in our nation,” Councillor Emma Heyde said.

“I am delighted that Council has unanimously affirmed its commitment to pursuing those goals.”

Last night’s decision was of special significance to Councillor Janelle McIntosh, who 15 years ago proposed that Council acknowledge the traditional owners of the land at every official event. It has done so ever since.

“I am pleased to have played a role but the real heroes, of course, are our HATSICC members and others from the community who’ve worked hard to make this happen,” Cr McIntosh said.

“I am hoping some of our next steps will involve local projects that can acknowledge indigenous place names or other activities undertaken in consultation with the committee and the local community.”